An extraordinary diversity of flavors, such as Chinese food, Teppanyaki and locally-produced-for-local-consumption buffet are offered at the restaurants and bars at Hotel Nikko Himeji. The facilities are available for various events including receptions for valued guests, and relaxing family gatherings.

An extraordinary diversity of flavors, such as Chinese food, Teppanyaki and locally-produced-for-local-consumption buffet are offered at the restaurants and bars at Hotel Nikko Himeji. The facilities are available for various events including receptions for valued guests, and relaxing family gatherings.

Chinese Restaurant “Toh-Lee” offers exclusive and exquisite seasonal food. Enjoy lightly seasoned Cantonese cuisine from a casual lunch menu ... moreto a full course dinner which highlights the flavors of each ingredient, especially seafood. Both open seating at light-filled tables and private rooms for various events such as celebrations or business, are available.

Enjoy the taste of carefully selected Wagyu beef along with seafood with the aroma of the sea and fresh vegetables prepared to your specifications as well as a performance ... moreby the cook as he grills your food. Spend a luxurious time at Icho, filled with tranquility and serenity while enjoying conversation with the cook as he carefully watches the “grilling temperature” and fills your five senses with exquisite food. Icho is also available for anniversaries and special occasions.

Meals are available at All Day Dining “Serena” from breakfast to dinner. The hotel chefs prepare local food and cuisine right in front of you in the permanent live kitchen. ... moreWe seek to become a restaurant loved by those in the community and offer buffet-style dining served with local taste, and the abundance of Himeji in Hyogo through “food.”

Enjoy the sweeping night view as if displayed in a showcase and an illuminated Himeji Castle through the large glazed windows ... moreon the top floor of the Hotel. “Vol de Nuit” offers a stylish space like an adults retreat.

The tea lounge “Fountain,” with its spacious atrium, offers seasonal sweets specially made by our patissiers and served with Ronnefeldt Tea, ... morethe highest-rated tea. Spend a luxurious time with added luster under the chandelier with a motif of a white heron, the city bird of Himeji City. This is the best place to meeting friends and hold business talks. 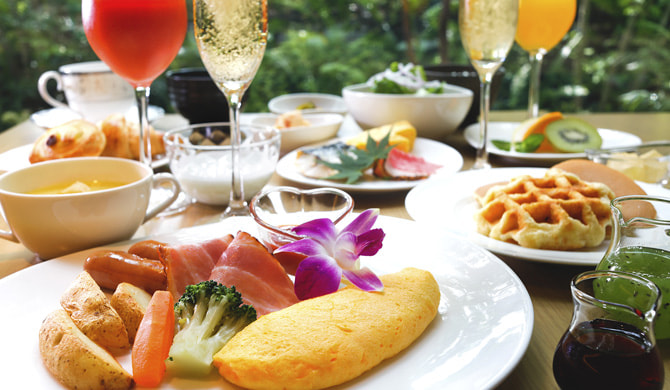 In addition to fresh vegetables, we offer local dishes including eggs, bread, and dessert. Enjoy the buffet-style breakfast to start your day full of energy. 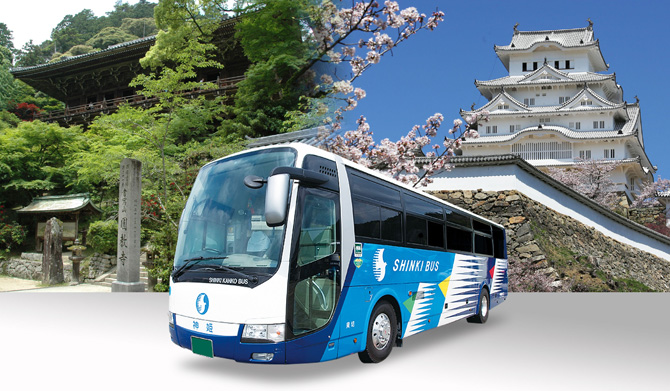 Information for travel agencies. Each restaurant at our Hotel offers lunch plans to our bus tour customers.
Please feel free to consult with us regarding the contents of plans, budgets, etc.

Message from the Executive Chef

As a child, Mr. Maeda was inspired by the taste of the food he ate while eating out with his parents and decided to enter the world of cooking. Mr. Maeda says, “I want to cook food that impresses people” the way he was moved in his childhood, and has been working exclusively for hotels as a cook for 28 years. After being appointed to Head Chef in 2014, he has worked to train others to follow his footsteps and passionately manages the kitchen staff as if he were their big brother. Mr. Maeda has a favorite saying.
“Return to basics.” One of these is: “failure to properly sprinkle salt will totally ruin the food” and accordingly, salt should be carefully sprinkled over each piece of food as if casting a spell.
The basics in cooking should be even be kept in mind when preparing party food for up to 500 guests.
Following behind Mr. Maeda, the staff of Hotel Nikko Himeji constantly seeks to improve their service.
Be sure to enjoy the Hotel’s passionate flavors at each restaurant, party, and wedding.

To Our Guests with Food Allergies

We strive to provide meals that our guests with food allergies can enjoy with peace of mind.
We constantly seek to acquire information on food allergies from manufacturers (food manufacturers, etc.) and remove allergens as much as possible. However, although seven allergenic ingredients have been specified and 20 items equivalent to specified allergenic ingredients have recently been recommended, there are still other items which have not been recommended, and as a result, it is difficult to clearly identify all allergens.
Allergy-free menus are prepared in the same kitchen as the standard menus, and the same dishes, cooking utensils, cleaning instruments, etc. are also used. In addition, the possibility that wheat flour may disperse in the air as an allergen, may be found in other ingredients.
Due to the above circumstances, allergy-free menus offered at this hotel are not 100% fool proof. In some unavoidable cases, we may refuse service to guests with severe allergic reactions.
When placing an order, please keep in mind the above-mentioned information and make a final personal decision.